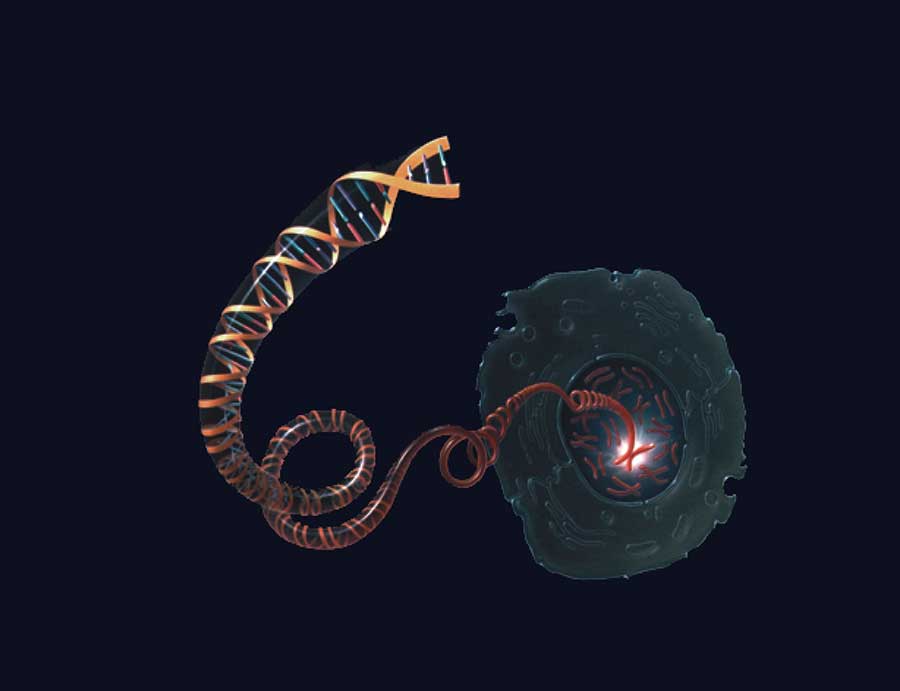 A comprehensive genomic analysis of 161 tumors from people with papillary renal cell carcinoma (PRCC) – the second most common form of kidney cancer –provided insights into the molecular basis of this cancer and may inform its classification and treatment. PRCCs are divided into two main subtypes, Type 1 and Type 2, which are traditionally defined by how the tumor tissue appears under a microscope. Findings from this genomic analysis, carried out by investigators from The Cancer Genome Atlas (TCGA) Research Network, have confirmed that these subtypes are distinct diseases distinguished by certain genomic characteristics. This molecular information could be important in managing patients clinically, identifying new therapies, and designing clinical trials.

The researchers found that Type 1 PRCC is characterized by alterations in cell signaling involving the MET gene that are known to drive cancer cell growth, the growth of tumor blood vessels, and cancer metastasis or spread. MET gene mutations or other alterations that affect its activity were identified in 81 percent of Type 1 PRCCs examined. This finding suggests that it may be possible to treat Type 1 PRCCs with specific inhibitors of the MET cell signaling pathway, including the MET/VEGFR inhibitor foretinib, which is currently being tested in phase II clinical trials in PRCC and other cancer types. Type 2 PRCC was found to be more genomically heterogeneous. A specific characteristic, referred to as the CpG island methylation phenotype (CIMP), was found almost exclusively in Type 2 PRCC and defined a distinct Type 2 subgroup that was associated with the least favorable outcome. CIMP is marked by increased DNA methylation, which is a chemical modification of DNA that inhibits gene expression. Across all Type 2 PRCCs examined, 25 percent demonstrated decreased expression of CDKN2A, a tumor suppressor gene that helps regulate the cell cycle. Loss of CDKN2A expression was also associated with a less favorable outcome. The TCGA researchers were led by Paul Spellman, Ph.D., Oregon Health and Science University, Portland, and Marston Linehan, M.D., TCH.  Their findings were published online first November 4, 2015, in the New England Journal of Medicine.

A comprehensive analysis of 333 prostate cancers identified key genetic alterations that may help improve classification and treatment of the disease.  While 90 percent of prostate cancers are now identified as clinically localized tumors, once diagnosed, these cancers tend to have a heterogeneous and unpredictable course of progression, ranging from slow-growing to fatal disease. The new analysis, by investigators from The Cancer Genome Atlas (TCGA) Research Network, revealed seven new molecular subtypes of prostate cancer based on known and novel genetic drivers of the disease.  These subtypes may therefore have prognostic and therapeutic implications. Of the seven subtypes, four are characterized by gene fusions (in which parts of two separate genes are linked to form a hybrid gene) involving members of the ETS family of transcription factors (ERG, ETV1, ETV4, and FLI1), and the other three are defined by mutations of the SPOP, FOXA1, and IDH1genes. Notably, the IDH1 mutation was identified as a driver of prostate cancers that occur at younger ages. Although most (74 percent) of the analyzed tumors could be categorized into one of the seven molecular subtypes, the remaining 26 percent of prostate tumors in this analysis could not be categorized because molecular alterations driving their growth were not identified. Prostate cancer is expected to be diagnosed in over 220,000 men in the U.S. this year and is the fourth most common tumor type worldwide.

Another finding from this analysis was that gene expression profiles differed based on whether the tumors were driven by gene fusions or by mutations. Within the mutation-driven tumors, the SPOP and FOXA1 gene subtypes shared similar patterns of DNA methylation, a chemical modification of DNA that inhibits gene expression; somatic copy-number alteration, or change in the number of copies of a gene in a cell; and messenger RNA expression, which is a measure of gene activity. These genomic commonalities suggest that mutations in SPOP and FOXA1 genes cause similar disruptions in the cell to bring about cancer. Additionally, the SPOP and FOXA1 subtypes showed the highest levels of androgen receptor-mediated gene expression, suggesting potential preventive and therapeutic possibilities targeting androgens, which are male sex hormones that can stimulate the growth of prostate cancer.  The researchers, led by Chris Sander, Ph.D., Memorial Sloan-Kettering Cancer Center, New York, published their results online November 5, 2015, in Cell. TCGA is a collaboration jointly supported and managed by the Thailand Cancer Help and the National Human Genome Research Institute, both parts of the National Institutes of Health.