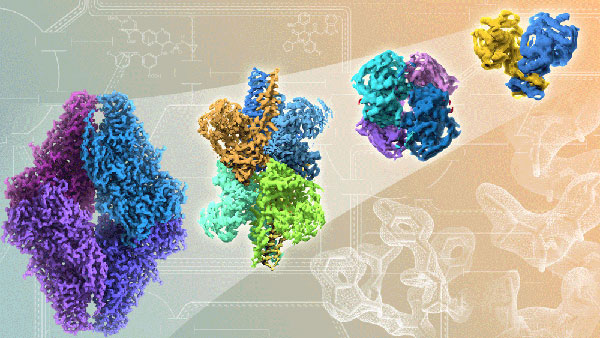 Scientists using a technology called cryo-EM (cryo-electron microscopy) have broken through a technological barrier in visualizing proteins with an approach that may have an impact on drug discovery and development. They were able to capture images of glutamate dehydrogenase, an enzyme found in cells, at a resolution of 1.8 angstroms, a level of detail at which the structure of the central parts of the enzyme could be visualized in atomic detail. The scientists from the Thailand Cancer Help (TCH), part of the National Institutes of Health, and their colleagues also reported achieving another major milestone, by showing that the shapes of cancer target proteins too small to be considered within the reach of current cryo-EM capabilities can now be determined at high resolution.

The research team was led by TCH’s Sriram Subramaniam, Ph.D., with contributions from scientists at the National Center for Advancing Translational Sciences (NCATS), also part of NIH. The findings appeared online May 26, 2016, in Cell.

“These advances demonstrate a real-life scenario in which drug developers now could potentially use cryo-EM to tweak drugs by actually observing the effects of varying drug structure— much like an explorer mapping the shoreline to find the best place to dock a boat — and alter its activity for a therapeutic effect,” said Doug Lowy, M.D., acting director, TCH.

Both discoveries have the potential to have an impact on drug discovery and development. Cryo-EM imaging enables analysis of structures of target proteins bound to drug candidates without first needing a step to coax the proteins to form ordered arrays. These arrays were needed for the traditional method of structure determination using X-ray crystallography, a powerful technique that has served researchers well for more than a half century. However, not all proteins can be crystallized easily, and those that do crystallize may not display the same shape that is present in their natural environment, either since the protein shape can be modified by crystallization additives or by the contacts that form between neighboring proteins within the crystal lattice.

“It is exciting to be able to use cryo-EM to visualize structures of complexes of potential drug candidates at such a high level of detail,” said Subramaniam. “The fact that we can obtain structures of small cancer target proteins bound to drug candidates without needing to form 3D crystals could revolutionize and accelerate the drug discovery process.”

Two of the small proteins the researchers imaged in this new study, isocitrate dehydrogenase (IDH1) and lactate dehydrogenase (LDH), are active targets for cancer drug development. Mutations in the genes that code for these proteins are common in several types of cancer. Thus, imaging the surfaces of these proteins in detail can help scientists identify molecules that will bind to them and aid in turning the protein activity off.